Here is our list of all the free to play MMO games that we recommend. Please note that this is not a list of every single title – we have chosen only the top MMORPGs of 2012 that are worth playing. The list is alphabetical. Currently being updated with links and short descriptions as of August 6, 2012.

Aika Online – a free to play MMORPG with gorgeous 3D graphics that features faction vs faction PvP. Those people who complaint hat f2p games suck should give this game a try because the graphics are very high-end and can be favorably compared with many pay to play games. The faction-type PvP is somewhat similar to that of Dark Age of Camelot and Warhammer Online. 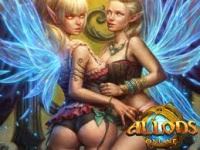 Maestianew – still in open beta, a very interesting new 3D fantasy MMORPG. Check out the prizes and giveaways available for the whole month of August

Star Trek Online – it;s Star Trek! Fans of the franchise need to check this out as soon as they can because it is a topnotch MMORPG with excellent 3D graphics.

Battlestar Galactica Online – one of our favorite games, BSGO is based on the Battlestar Galactica TV show and features faction vs faction gameplay (Humans vs Cylons). Space combat is the primary attraction of BSGO so if you like massive space battles then this is the game for you.

Crystal Saga – a colorful, anime-style MMORPG that has hundreds of quests and a huge map to explore, Crystal Saga is one of the most played game of 2012. Check it out.

Dark Orbit – set in outer space, Dark Orbit is a futuristic scifi browser MMORPG that has excellent graphics and a good, friendly community of players.

Piratestorm – we liked this game a lot. It’s an action packed browser MMORPG which allows players to live their dream as the captain of a fearsome pirate ship. Make a name for yourself on the high seas today.

Seafight – sea battles galore! Build and outfit your ship with weapons and fight other players in this browser-based MMORPG.

Urban Rivals – an online TCG (trading card game) somewhat like the anime Yu Gi Oh where players battle it out through their deck of cards.

DDTank – the gameplay is similar to “Worms” as players must aim properly to hit their targets by choosing the right angle and power of their weapon. Simple and good fun suitable for more casual players.

Heroes in the Sky

World of Tanks – an MMO shooter game where you control a tank and engage in team battles with other players. A very popular game with millions of players from all over the wold.

Wolf Team – a first-person shooter in which you can play as either a werewolf or a human. Werewolves are strong and fast in close-quarters melee combat while humans excel in using long-range weapons. The twist is that all human characters can change into their wolf form at any time. Great fun.

League of Legends – the game that started it all. LoL is the first MOBA title that popularized this type of game. Since then there have been many other similar offerings but nothing comes close to the original. One of the most popular online multiplayer games in the world.

Wizard 101 – a fantasy game for both kids and adults where you can become a student of magic who enter magic school for the first time. Fans of Harry Potter are sure to be pleased by this enchanting tale. Parental controls are built into the game which is a very handy feature.