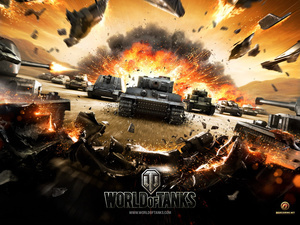 World of Tanks – one of the biggest team PvP-focused shooter games online, in World of Tanks players use tanks (not a human avatar) to fight each other in large battles of up to sixty players. This is a great game for people who are into clan/group PvP gameplay. Those who are looking for a more casual game experience can play quick matches. World of Tanks is fully 3D with realistic graphics. This is the top shooter game of 2012 due to its massively successful launch last year (in North America) and rapid growth since then. World of Tanks is the biggest MMO shooter online with an astounding 30 million registered players as of May 2012.

Wolf Team – one of the most polished free to play MMOFPS games in the market today. In Wolf Team players start off a match as a human soldier but can transform into a werewolf at any time. Tactics come into play when choosing the proper time to transform as the werewolf form is weak in long range attacks but is amazingly fast, can run up walls and does massive melee damage. Players can also transform back into a human whenever they want. This is one shooter MMO that has very unique and fun gameplay. 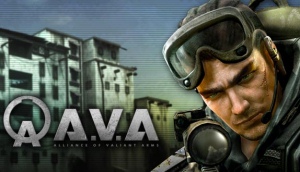 Alliance of Valiant Arms – a the lightning fast modern warfare MMOFPS built on the Unreal Engine 3, AVA has stunning realistically detailed characters and environments. It has lots of different single-player, cooperative and competitive game modes such as Annihilation, Escape, Escort, etc. This game is hot right now because it is one of the very few free-to-play realistic MMO shooter games. 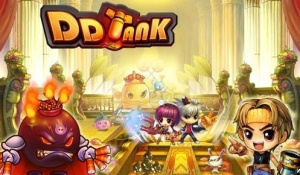 DDTank – a browser-based 2D MMO with gameplay similar to Worms and Gunbound. Basically, players need to hit their enemies by correctly choosing the angle and strength of their shots. It has been called the hottest and cutest online shooting game in the world because of its anime-style graphics. DDTank is more casual than the other MMOs listed here but it is just as fun and is easier to play since you don’t need to download or install a game client.